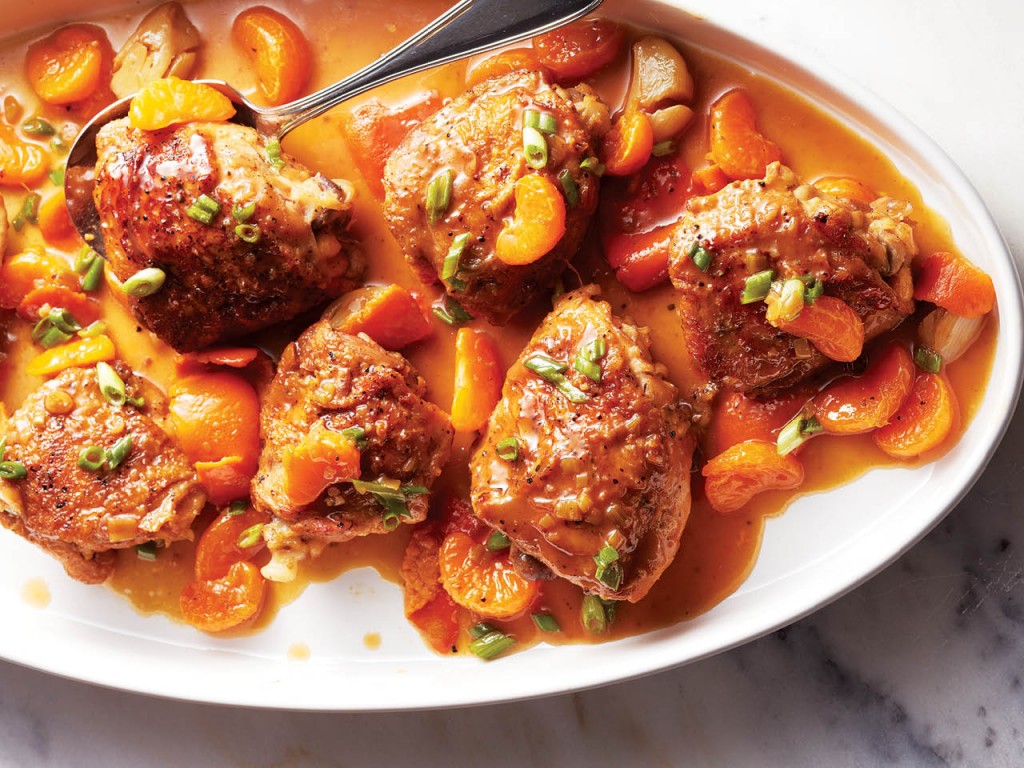 A classic French cooking technique and my personal favorite way to cook.  There are two main parts to braising meat – 1) searing and 2) cooking in a liquid.  Sounds simple enough, but the results are amazing.  By searing in the meat you are giving it color and texture that boiled meat just doesn’t have, and ensuring that some of the natural flavors from that meat survives the cooking process (again, unlike boiling).  Then cooking in a mixture of flavorful liquids combined with vegetables and spices to infuse their flavors into the meat. 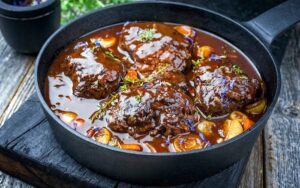 What you get as at the end is not only very flavorful, but also very tender meat.  You probably have had braised foods without realizing it.  Pot roast is a classic southern use of braising while Osso Buco is a well know Milanese version.  So where do you start.

The first and most obvious question.  You usually want to avoid seafood.  Their flavors are to delicate and they cook much to fast for this style of cooking.  The preferred “liquid” cooking method for seafood is poaching.  Also good to avoid is organ meat of any kid.  This meat again cooks much too quickly, and the pungent flavor of it ruins the liquid from becoming an accompanying sauce.

Your best bet for braising is stick with white and red meats.  Pork, beef, lamp, and chicken all work very well with this technique.  While there are mounds of French recipes for braised chicken and pork, tougher cuts of meat are also a prime candidate for this cooking style.  The searing followed by slow, long simmering in liquid allows the tough muscle fiber of tough cuts of meat to break down, making it a good way to deal with any particularly difficult cut of meat.

The next step is actually braising your meat.  While there are a wide array of variations from recipe to recipe, the basic theory for braising remains the same.

This is really important, and a lot of people forget about it.  Since you are searing the meat, this is a great opportunity to get a little flavor into it from the start.  Start with salt and pepper, but you can expand from there depending on what end result you want.  Do not go overboard with the salt however.  Since you will be cooking this in liquid, if you use to much salt it will remain in the pot and reduce down with the liquid making it much to salty.

You want to brown the meat in some type of fat, it doesn’t matter if it is animal or vegetable.  Butter and olive oil are two very common options.  You want the pan hot enough so you get good coloration on the meat.  You are not looking to cook the meat, just get a good sear on the outside that you can visually see.

Once browned pull out your meat and throw in the “hard” veggies like onion and carrot.  You will want to turn down the heat to keep from scorching the pan or vegetables.  Once these have had a chance to soften and release some of their flavor, deglaze the pan, preferable with some of the liquid you are going to cook the meat in.  This releases all those cooked in bits of vegetable and meat, adding some nice flavor.

Not you want to put back your meat evenly int he pan or pot, so the liquid will cover all pieces the same.  Add in your cooking liquid and any additional spices and cover.  From here you can either put it in the over to finish or keep it in the stove top.  In the over you will get a more even cook, since it is encompassing heat, but both methods work well.  Cooking times differ, but you usually braise the meat for a while, in some cases as long as 6 hours.

When the meat is the right level of tenderness, you can bring it out.  In some recipes you strain out the vegetables the meat cooked in since they are so completely cooked, many times to the point of having no flavor left.  You may also want to take some of the cooking liquid to build a sauce out of.  This is often down by adding some form of milk or cream to the stock, along with additional spices.

A key note to this last process.  Try to avoid having the meat sit out for to long outside of the liquids prior to serving.  As the muscle tissue has be so destroyed by the cooking, it will do a poor job of keeping in any liquids.  This can make the meat very dry, very quick.

Previous PostRaw Doesn’t Need to Be Bland!
Next Post10 Unique Ways To Prepare A Ham